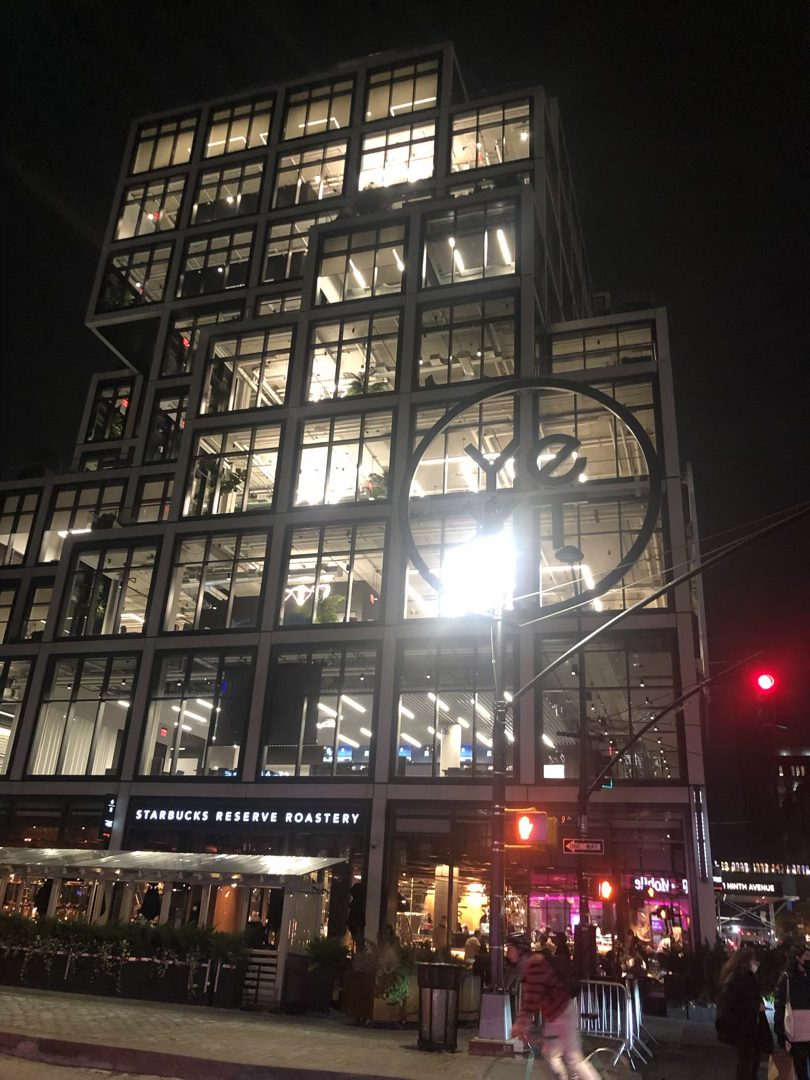 At this time in early December, the sun sets in New York around 5:30 PM, the streets of Manhattan are still very sparsely populated although signs of Manhattan’s return to normalcy are everywhere.

This meetup’s luxurious location is the YEXT Building, a full-block sized palace owned by the company YEXT. Amid the backdrop of new towering skyscraper New York City, the YEXT building sits perfectly amid its neighbors of glass and mirror facing grand modern “industrial” behemoths in this part of West Chelsea. And by “industrial,” I mean the modern tech industry, of course.

Rafael Viñoly was the architect for this unique building that YEXT opened in 2020. (They seem to own and occupy the entire building, except part of the ground level you can see here, where a super-sized Starbucks lives.) Like the Gehry and Gehry-style buildings around it, it is decidedly modern in its asymmetrical lego-like style with sleek exteriors and grand open spaces. The YEXT building, in particular, has floor-to-ceiling windows on every floor making it a very dramatic experience.

This was a great REACT NATIVE Meetup hosted by Ilya Usorov, the CTO and co-founder of BoldVoice, an app to help non-native speakers with their accents. His app, which he released as “2.0” version that day, was featured on Product Hunt and he politely asked for an upvote.

The first speaker, Aaron Pavlick, Developer Evangelist @ Yext, talked about building a YEXT product called Answers API. YEXT’s specialty is in boutique data management for businesses (they will build you a search engine unique to your business or brand). The Knowledge Graph allows businesses to put data onto the YEXT platform and then for that to be queried using natural language processing (that just means a human readable sentence).

He then when onto do what was in fact a very good basic introduction to Redux, with a plug thrown in for Redux-Slices and Redux-Thunk.

Pavlick also spent a good amount of time explaining the high-level architecture principles behind a simple search app with an auto-complete suggestion list (a theoretical app, but also he showed us his prototype and discussed transitioning into React Native from other mobile paradigms, a topic that was frequently touched on).

YEXT’s product, which he plugged obviously as an employed, is essentially a React hook that you can use to wrap an intelligent search algorithm into your app with Yext Answers and Redux.

My take: Looks pretty cool. Pavlick was a compelling speaker. What Yext is doing is one of those things that is difficult to describe to non-tech folk, and a few of us at the meetup looked up to figure out that this publicly traded company appears to be enormous and, from what we can tell, is growing. His mid-talk segue into a Redux lesson was somewhat out of context, but in fact was a very good short introduction to Redux– a state management system that people typically either love or hate (it isn’t especially intuitive to learn but it is powerful in its application). As far as Yext’s product it looks interesting I would love to see what kinds of things can be built with it.

Josh’s topic was billed as “the convergence in the industry of ‘JavaScript as a first class citizen’ when building UI based applications across Mobile, Desktop and TV” — a somewhat ambitious take that introduced me to some important stuff that’s been going on at Facebook that not many people know about.

What Hargreaves means by ‘first class citizen’ is that the Javascript code works as well as native code for writing mobile apps.

“JSI” or “Javascript Interface” and it means they are moving towards taking the Javascript code and making it more like compiled code. It’s essentially passing Javascript code directly to the core level animation libraries.

Hargreaves got very animated about the advancement of mobile development: “We’re after the hype curve of React Native… now we’re in the consolidation phase.” But these new advancements are in fact what should excite everyone (by juxtaposing this to the React Native hype curve valley he’s pointing out the irony of it). “This stuff is massive!” he proclaimed: “This stuff is what we dreamed of.”

What was generally interesting was this implication of the gap between how great people think React Native is and how many years React Native developer have spent fighting with SDKs and native bridges to build apps that are “as good as” apps built using Swift or Kotlin.

Finally, he touched on another new tech called Fabric.

Fabric Renderer is the project Facebook has been working on since 2018 and is yet to be made public. It is — and forgive my naiveté here because this was all I could write down: “A rewrite of the view manager using JSI (Javascript Interface) and not crossing the bridge as much.”

It was revealed recently that Facebook re-wrote over 1000 screens in FB messenger using this new technology.

Nelson’s talk was titled “Using Expo to build and deliver web and native apps with one codebase” and it was very insightful into the day-to-day operations of a React Native developer. In particular, Nelson evangelized Expo, the all-contained development platform, and build shipping software-as-service, as the superior way to develop React Native.

In particular, he discussed the frustrations brought about by the Apple M1 chips, missing arm libraries that prevent him from building his app in the simulator, and other frustrations of building React Native on your own. 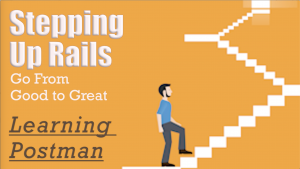 A photograph on the backdrop of coronavirus panick throughout the city. https://twitter.com/jiserra/status/1235365010077032448 Angus Grieve-Smith (@grvsmth) treated us to a display...

https://twitter.com/brooklyn_js/status/1216796709868711937 Thomas Bery told us about his project to build jambuds.club, a social listening platform he has been working on...

Apture - (Tristan Acher) "We give readers power to search and explore information without leaving the page." Financial Times is...

This is the 76th NY Tech meetup; September is going to be the 6th year anniversary. Nate has a little...

The most dramatic thing at tonight's New York Tech Meetup was, far and away, Scott Heifferman, founder of Meetup.com, smashing...