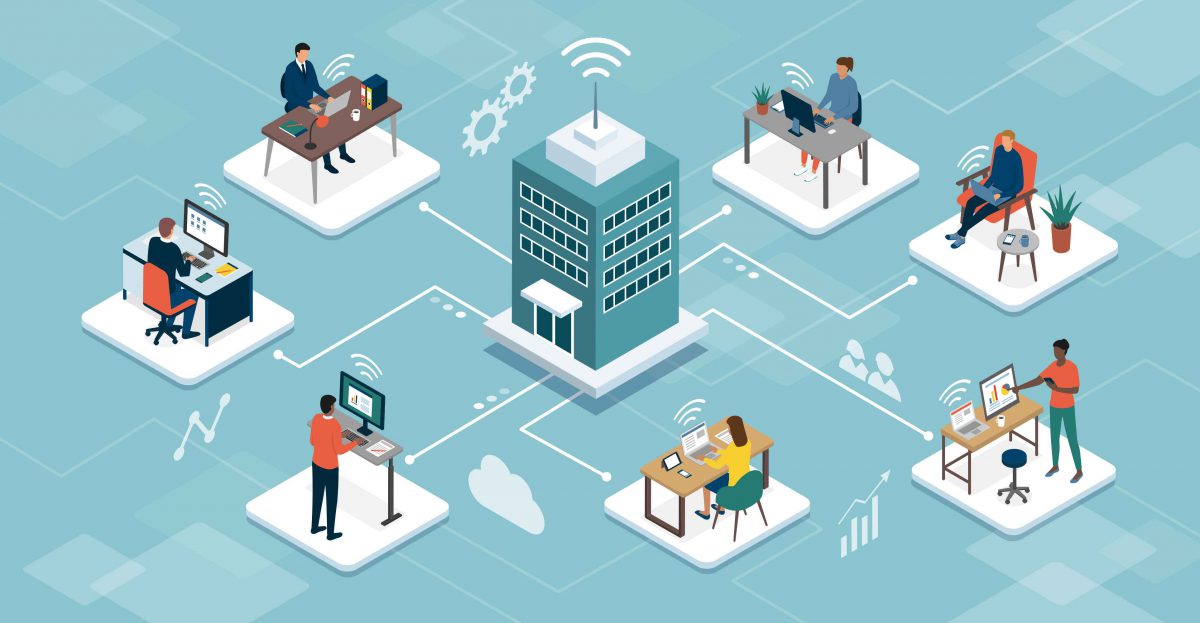 The day and moment will be forever with me. Nine of my friends (all gay men) from New York City in a bookstore in Rhinebeck, NY, a small enclave about 90 minutes north of the city.

Each of us is an intellectual and iconoclast in our own way. Upon arriving at Oblong Books, we went off separately down the isles to find where our inquisitive minds would take us. It was, perhaps, telling and oddly foreboding in a way.

We were all there together as a matter of a group trip: Our friend Seth had planned this trip for us to celebrate his birthday weekend.

This day is one I remember not only because I happened to have immortalized the occasion on Instagram, but because it was the afternoon of March 14, 2020 in the Empire State. News alerts came through to everyone’s phone at once: Coronavirus was discovered in New York. Governor Cuomo had issued a state of emergency ordering everyone to stay-at-home.

The cognitive dissonance of the freedom we were experiencing on our trip jarred with the change our lives would face upon returning home.

Suddenly everyone was at home. All. The. Time.

I wrote in March 2020 about how the WeWork offices I was renting were paradoxically empty and yet “open.”

Then later in the spring, I wrote another piece about remote work in the first half of my career in the tech industry. I pointed out that, prior to coronavirus, it has always the best and most competent engineers on the teams I’ve worked with who were the lone remote workers.

That is, for the majority of the 2010s, I worked with onsite teams in Manhattan NY. I remember distinctly these teams — for a period— had a remote developer who was some else. Somewhere very far away. (Like Florida, or Missouri). This employee would be a “remote employee” whereas the rest of us all lived and worked in the New York metro region.

If, for example, we had the privilege of working from home one day, that was called “WFH” not being a “remote employee.” Hands down, the ‘remote employees‘ were rockstars. And I don’t use that controversial term lightly.

What do we mean when we say “remote work”?

Are we talking about someone who lives in the same city but commutes into the office on a periodic or intermittent basis?

When I lived and worked in California for many years, it was common for most employees, especially in tech, to work from home one or two days a week.

In California, at that time (the late aughts) most people in tech pretty much drove everywhere. The relationship to your job was based on your driving commute. As well, as most people knew the roads were plagued with timing issues. Sometimes the 101 was completely free, sometimes it was bumper-to-bumper. Strategically timing your drive was an important part of finding a WFH-onsite balance in California.

In 2009 I had a full-time job in the East Bay. There was an employee who left daily at 3:30 to go pick up her child from school. I myself would work onsite all mornings and then return to my home office in the afternoon at 3:30. At 3:30, my door-to-door reverse commute across the East Bay bridge could be done in a nearly-impossible 28 minutes. At 6 pm, the drive across the bridge could take an excruciating hour and a half. (It is called a reverse commute because I lived in the metropolis and worked outside of the metropolis— the opposite of how most people commute.)

So, my point simply is that for tech workers— and especially in places like California— there’s always been a relationship with “WFH” for decades.

The privilege of tech workers to work from home was slowly eroded during the 2010s. In 2013 Marissa Mayer famously banned working from home at Yahoo. [also see this Forbes article], igniting an industry-wide trend making it more taboo and bringing engineers, management, and product teams onsite.

Everybody works from home.

But there are other options: Google Meet, Microsoft Teams. (And of course the one I’ve been using for over a decade, Skype.)

Remote work was here to stay. Or was it?

There was an announcement in May that Facebook would let employees work remotely until the end of 2020. As well, Google followed suit. In July, USA Today wrote:

U.S. companies are doing more than just allowing local employees to work from home, even once a vaccine becomes available for COVID-19 and the health crisis passes, presumably next year. They’re also seeking out new employees anywhere in the country, and even beyond, and letting them work remotely for the long term.

Throughout the summer, news coverage had headlines like “Despite Reopenings, Many Employees Will Work Remotely into 2021 and Beyond.”

In the late summer drawl of August, tech companies were announcing long-term remote work as built-in to their future vision. Zillow announced employees could work remotely ‘indefinitely.’ In October, Ford & Amazon went on record. Then in December, Apple’s Tim Cook said everybody could work remotely “until June 2021.”

June 2021 seemed to be the magical future moment business industry executives had collectively agreed the pandemic would be over. This was the month they were planning to direct everyone back into

An October Gallup poll found that in August 40% of respondents indicated they preferred working from home, but by September, only 35% did.

[There are even more savings while working from home according to business advisor Molly Hegeman.

…[analysis] claims employees can save anywhere from $640 to $6,400 annually by working from home.

“There’s no question that those numbers are realistic,” Hegeman said.

There were some naysayers. A WSJ article published in July says “projects take longer and collaboration is harder. Training new workers is a “struggle” and calls it “unsustainable.”

Microsoft published a bunch of articles on this. This is of course suspicious given that they have a product to sell called Microsoft Teams for remote work. They wrote in July:

Looking at days filled with video meetings, stress begins to set in at about two hours into the day. The research suggests several factors lead to this sense of meeting fatigue: having to focus continuously on the screen to extract relevant information and stay engaged; reduced non-verbal cues that help you read the room or know whose turn it is to talk; and screen sharing with very little view of the people you are interacting with.

Microsoft, The future of work—the good, the challenging & the unknown

In early 2021 the tune started to change to “hybrid work”— some people remote and some onsite. This Entrepreneur article from February certainly is gung-ho about remote work for every business.

But now, due to the pandemic, people have finally embraced remote work, even if not everyone likes it. Business owners are now seeing the advantages to creating remote positions in their company that allow flexibility and “future-proofing” their businesses from any future catastrophe that could close their doors.

Entrepreneur, The Stigma of Working From Home Is Officially No More

But the business shift is a different question from the worker shift. What will supply & demand dynamics mean for which types of work will get ‘allowed’ to be remote and which will not.

Now, in March, when a vaccinated population seems somehow within reach the conversation has turned to flexibility and flex-work.

Back in the early 2000s being onsite was known as “colocated”. Of course, to point out the decline of the word ‘colocated’ is itself a funny acknowledgment about how and where people work. It’s entirely normal for companies to have “an office here” or an “office there.”

So by logical extension, there’s always some amount of people working in different places.

The real question is: Do you need to work in the same place?

The question about the shift in the economy of work is:

Are we talking about a new society in which we normalize working from home on a part-time basis?

It turns out when surveyed, most employees want the flexibility to work from home but also the ability to go into an office.

Workers in corporate America are already starting to hear the drumbeat of “back to the office we go” as society anticipates widespread vaccination. I predict what will happen is that we’ll revert back to how it was in the early 2010 and late 2000s: Most specialist, elite, and many tech engineers will be permitted some kind of part-time or permanent remote work status. Managers, corporate execs, engineering managers, or anyone who wants to move up in the company will immediately be back in the office.

It is generally accepted in the world of corporate America that putting in “face time” (that is, showing your face in the office) makes you more likely to be promoted and get raises. Do we expect America after the pandemic to be any different? Sure, many people from different industries that didn’t normally work remotely were introduced to the remote work paradigm.

Although I do believe we will see a general shift towards flexible work (for example, normalizing leaving mid-afternoon to pick one’s kid from school or working from home one or two days/week), I doubt there will be a fundamental shift.

Gen Z knows it: Greuling 9-to-9 workweeks (in Japan this is call 6×9 where you work 6 days/week 9 hours/day) with late nights in the office are a thing of the past.

The 9-to-5, of course, will always be a mainstay of how we relate to our concept of work, but even that is changing. Deep work, basic work, present work. All of these kinds of work are going to spin a movement of re-thinking and re-defining work.

For the few specialized skills, companies will have to take what they can get if remote engineering becomes the norm.

Gen Z calls these people ‘simps’; the Boomers used a term I’ve decided is impolite: I’ll just call them the managerial class and corporate ladder-climbers: If that’s you, it’s probably going to be back to business in the office.

Jason Fleetwood-Boldt is an SEO strategist and veteran web developer. He writes Javascript and lots of essays about his experience in the tech industry.

Previous post The How and Why of End-to-End Testing