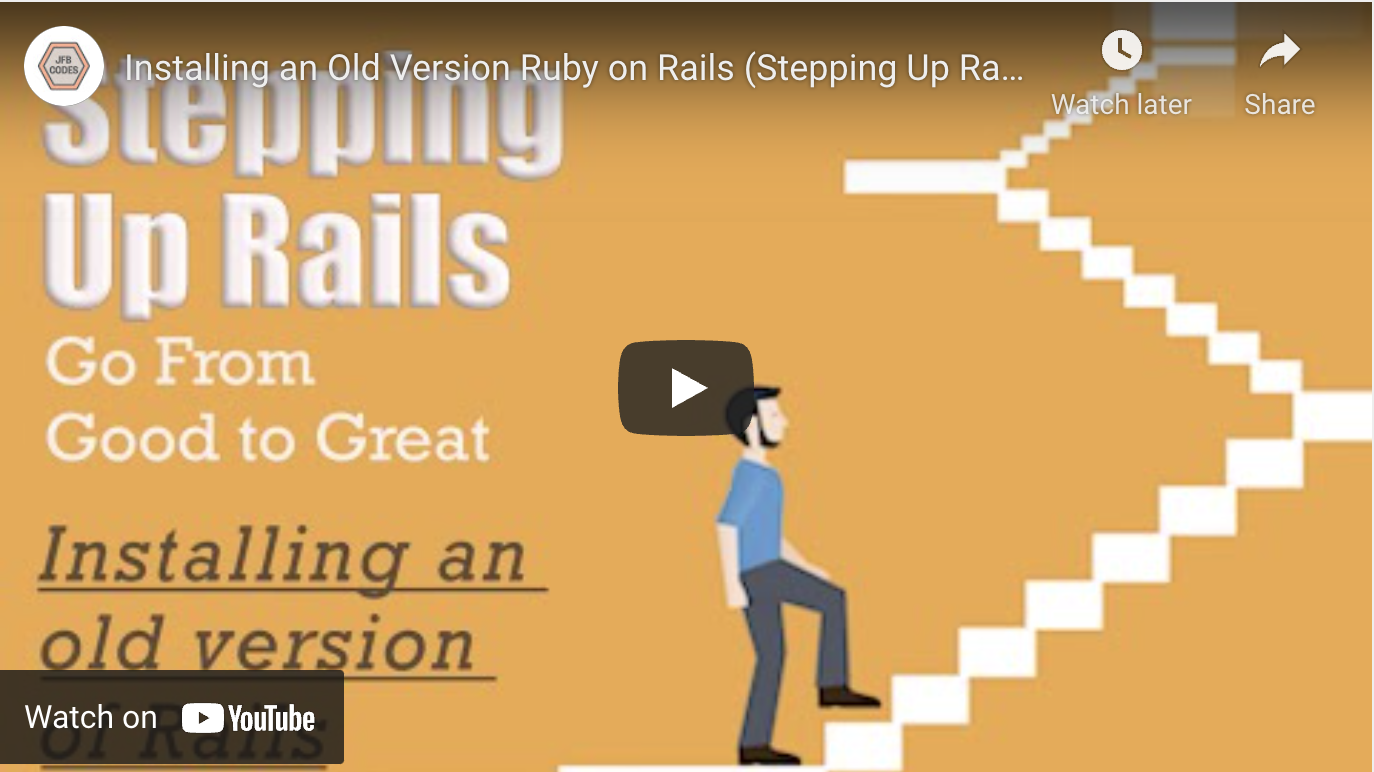 Learned something on the Rails-talk list today that blew me away.

You can install an older version of rails using this syntax:

Yes, you actually type those underscores around the version number. By the way, if you don’t have that version installed (it installs via bundler), bundler will tell you it can’t find the gem. In that case, you’ll want to do gem install rails -v 4.0.8 and then re-run the command above.

This is a :thumbs down: for Rails documentation. This little trick isn’t even documented when I get the manual page for the rails new command (rails new -h)

When what you’re building is Rails with light interactions, marketing pages, landing pages, dashboard apps on Rails 7, Stimulus JS is exactly what you want. It gets out of your way just the right amount, making the easy easy and the hard possible